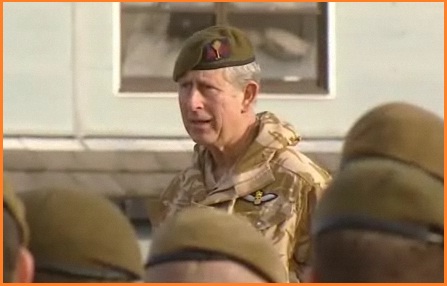 To what extent is HMG still HM’s Government?

Two stories in the media during the week involved Prince Charles and politics. In one, he was criticised for lobbying ministers on policy matters; in the other, he addressed the Copenhagen Climate Change Conference, giving his now-familiar appeal for greater sustainability in the use of the planetâ€™s natural resources.

The contrast with his mother, who through a reign of over fifty years has barely given an opinion on anything vaguely controversial, is striking. One question is to what extent her model of monarchy is now the constitutional standard; another is whether Charles will choose to – or will be able to – follow it when he becomes king.

It has been argued that as Prince of Wales, heâ€™s able to voice views that he wouldnâ€™t be able to as king. Thatâ€™s a historically and constitutionally questionable assertion. The most recent Prince of Wales before Charles was also not averse to making his opinions known and there was an expectation that he would and could continue to do so as king. That it ended badly is a warning but not a barrier to future monarchs – Edward helped neither his own cause nor anyone elseâ€˜s by his behaviour as king.

Does it matter? Iâ€™d argue that it does. Theoretically, the most important constitutional powers monarchs have are that they appoint and dismiss prime ministers and dissolve parliament but most of the time, they have no choice in the matter. The increase in the number of MPâ€™s who are neither Conservative nor Labour raises the probability of a hung parliament but even then, their options would still in all probability be very limited by the practical possibilities.

The Guardian article raises a key distinction if Charles does intend to play a more political role than his mother, where it says:-

“…many believe he should remain neutral if he wishes to become kingâ€. He would certainly have to be neutral in partisan terms. However, neutrality does not necessarily imply emasculation.

A more passive but more substantial influence may be that politicians – especially those in office – still seem wary of directly challenging or criticising the Palace. Given that Charlesâ€™ views in many areas are a matter of public record, it may well be that there could be at least a reticence for a government to introduce policies that would conflict too obviously. That may well be a part of the irritation the Guardian reports, that such lobbying restricts politiciansâ€™ room for manoeuvre. The monarch also has more direct access to ministers as well as the weekly audience with the PM.

As with any other political player, much ultimately comes down to popularity, of both the individual and the policies proposed or opposed. Politicians as a breed are not at all popular at the moment and Charles is a man of ideas. That does alter the power balance, should he wish to play the game – though if he does play it, he will have to play it well as he would risk much by doing so.

Of course, itâ€™s all hypothetical. Charles is not king and if the Queen has the longevity of her mother, nor will he be for years to come. On the other hand, she is already the longest-lived monarch in British history.