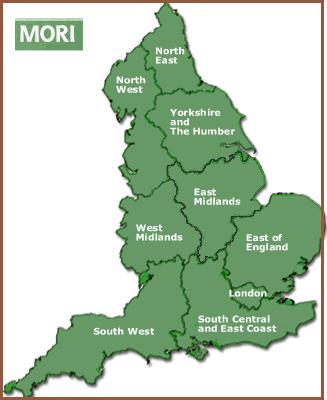 In a post last week I argued that what we needed was some England-specific polling because this is where the big battles will take place at the general election.

England has 533 of the 650 seats that will be at stake and proportionately more marginals than in the others parts of the UK. Also in England there is not the SNP/PC dimension which adds to the challenge of making seat predictions.

The variance on the GB figures is not that great. The Tory lead in August’s MORI poll was 17% and, of course, what was then Michael Howard’s party did finish up as vote winners in England in 2005. My calculation is that England is seeing a swing of just under 10% to the Tories.

This will, of course, vary from month to month and in July the MORI data shows that the Tory lead in England was 22% compared with a GB figure of 16%.