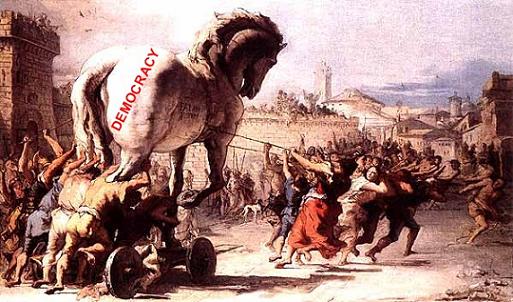 Democracy in all its forms is a curious beast, and while some democracies are politically stable, the already busy political autumn of 2009 looks set to be joined by elections in two of its less stable members, as international politics got underway in earnest this week, following last Sunday’s elections in Japan and three German Lander.

Greece will hold a general election on Sunday 4th October, barely two years into the 4-year term of the centre-right New Democracy government led by PM Kostas Karamanlis. Greek politics has been in an era of instability ever since the government’s majority was reduced to just one seat (or two, depending on sources) when an independent MP jumped ship and the country was rocked by last winter’s riots.

New Democracy have been lagging the socialist Pasok opposition in the polls for some months now (Pasok were one of the few victorious centre-left parties in the Euros) and although there is no great enthusiasm for Pasok either, it is generally expected that they will win the elections and that Papandreou, son of a PM, will become the next Prime Minister. However, this may not solve the instability problem in Greece, as Pasok may have insufficient seats to form a majority government, and so a second election (under a modified electoral system!) may need to be held. The country looks set to be bedevilled by unstable politics and weak economics for some time to come.

The latest bout of election fever has come about with Michael Ignatieff, a considerable improvement on the hapless Stephane Dion, declaring this week that the Liberals would actively seek to bring down the Harper government, who finished 12 seats short of a majority in the October 2008 election. Although in theory the NDP (and perhaps even less likely, the BQ) could choose to prop up the government, Canadian commentators are opining that it looks all but certain that the country will head to the polls for the fourth time in five years, with a confidence vote maybe at the end of September and an election tentatively pencilled in for Mondays 9th or 16th November.

Like Greece, stability in Canadian politics looks some way off, and maybe even further so. Judging by the latest polls, with the big two neck-and-neck, we will get either another Conservative minority, but a much-weakened one, or maybe a Liberal minority. How long before “something gives” and we see a Liberal-NDP coalition, or maybe even a German/Austrian style “grand coalition”. Is Canada doomed to minority rule for years to come?