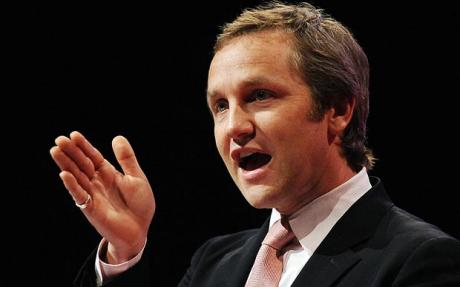 Can a new consensus be found?

Last night, I attended the launch of the Open Left project – run by James Purnell MP on behalf of the think tank Demos. Purnell was joined by Jon Cruddas MP, Will Hutton, Jess Search of Channel 4, and Lewis Iwu (recently OUSU President and tipped as a future Labour leader if Shadsy is reading). The project has a simple aim – to redefine what it means to be Left wing in the face of economic tumult and the new challenges of 21st century politics. They seek to discover common ground across factions, and to re-invigorate thinking after 12 years of New Labour.

One thing struck me from the outset – I have recently been spending more time than is perhaps healthy with political activists of the Right, and this conversation would be almost inconceivable at those gatherings. For the Right, whilst recognising the different emphases and strands of thought (Libertarian, Socially Conservative etc), there is almost universal recognition of some basic tenets that bind them together in pragmatic symbiosis: low taxes, free market economics, sovereignty of the nation state, suspicion of the EU, and emphasis on the private over the public. The Left seems less comfortable with its factions, either because of or perhaps leading to, a lack of a clear consensus on its basic tenets post New Labour.

I am impressed by Purnell and Cruddas, and there was plenty of unspoken political philosophy at the heart of what was being suggested (‘thin vs thick conceptions of the good’ and the references to Sen and Charles Taylor of all people). The tensions seemed to be how to factor in the individuality elements that Purnell recognised as being central (especially in the age of New Media) with Cruddas’ suspicion of ‘atomised’ societies. But even allowing that this might be the birth of a renaissance in British Leftwing thought, two ideas loomed large as I was listening.

The first was that, whilst it is good to see a regrounding of political direction looking to political philosophy rather than to mere electoral success, the drift of political parties and wings tends to be reactive rather than proactive. If the Labour party is to recover quickly after electoral defeat, it will find its new direction in responding to the failings (and there will always be some) of the next Conservative government. Regaining power will need some electoral targetting, and it will need new ideas and a fresh examination of what it means to be on the Left, but the direction will largely be set by what the country looks like after 5 or maybe 8 years of a Conservative government. That response cannot be penned until the question has been posed.

The other thought that festered was from Hopi Sen some time ago – he is of the firm belief that if the size of Labour’s defeat is significant (and more so if it is catastrophic) that the casualties will be the newer, younger MPs who are and were comfortable with Purnell’s brand of Leftism. Hopi’s strong sense is that, once in Opposition, the Parliamentary Labour Party will shrink back to predominantly Old Labour seats and that the Trades Unions will find it far easier to dominate than they have done when Labour was in power. Whilst Cruddas is clearly of the harder Left and has credibility, I suspect that the political climate within the PLP after the next General Election might not be conducive to finding common ground with the few remaining Blairites.

I asked Mr Purnell about his future plans – he insisted that he was not looking to return to the frontbenches, and when I asked about renewal of the party, he suggested that there were others better suited. He seems to see his future role on the intellectual and policy-formulation side of the equation, although he admitted he greatly enjoyed his time at the DWP. Personally, I think it would be something of a waste for Purnell to already resign himself to being the Alan Milburn of his generation – perhaps a future Labour government will use his work as Cameron is turning to Iain Duncan-Smith for his social policy – but no-one can say that reinvigorating the British Left isn’t a challenge worthy of him.

I think Open Left could be an interesting project – if it can rebuild the broad consensus that Blair assembled within a year or so of Labour falling into Opposition, they might stand a chance at limiting Cameron to only a single term (if he holds only a slim majority during a persistent economic crisis). But if Open Left and similar projects fail, and Labour does shift back to the hard Left, as Hopi Sen suggested, then it might actually be finished for a generation. We’ll see.