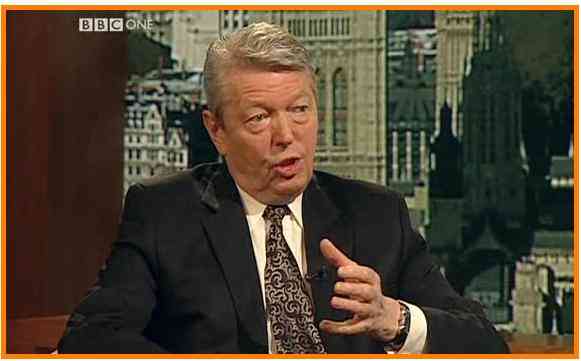 Does this suggest Johnson is still angling for the top job?

There is still a large school of thought that thinks Brown will be allowed to step aside with dignity before the next election, and that such a promise was given to stop him being ousted in an ugly coup a month ago. Alan Johnson, who reputedly had a leadership campaign ready to launch, was suddenly promoted to Home Secretary, and the general feeling of those who doubt Brown will contest the General Election as PM is that the former postman will take over between late November and early March.

If that had even a germ of truth, then the ID cards ‘reversal’ would make political sense – making a clean break from an unpopular policy promoted by Jacqui Smith, and painting Johnson as a man who makes things happen when faced with popular disapproval.

That said, I suspect this may backfire. The removal of the compulsory element of owning an ID card (at least for UK citizens) sounds significant, but the defence against Tory and Lib Dems calls for the scheme to be scrapped sounds weak and indecisive. Nobody should take seriously the claim that this is about convenient ID for young people attending nightclubs – the Portman Group have long operated schemes that allow people to prove their age for significantly less than the Â£30 cost of an ID card. When a provisional drivers’ licence can be acquired from the DVLA for Â£50 (even without passing the theory test or wanting to learn to drive) the massive expenditure on the ID cards computer system seems perverse.

And yet Johnson is resolutely refusing to simply scrap the scheme, claiming that it would save little money to do so. That implies to me that the Identity Database, with the details of every UK resident, will still be operational and (one presumes) compulsary – although instead of relying on ‘applications for ID cards’ it will rely on consolidating data from passport applications, CRB checks and other sources. The Database will still come into being, and will still need to be populated with information about every citizen if it is to be any use at all.

Given that this aspect, rather than the plastic cards themselves, was the original concern of civil liberties campaigners, the announcement that the expensive cards themselves will not be compulsory could quickly appear to be spectacularly hollow.

Alan Johnson’s main claim to the leadership, beyond not actually being Gordon Brown, is that he is an honest man of the people. If this announcement is mere political posturing to make him more palatable to the civil liberties Left, whilst not addressing their core concerns, I suspect he will do his ambitions more harm than good.

I think Johnson needs to go further if he wants to gain political capital out of this. Abandoning the Identity Database for UK citizens would score him real points, and by (for example) making it purely a register of non-UK citizens resident in the UK he could paint it as an immigration issue, with the Tories and Lib Dems on what I would expect to be the less popular side. However, as long as the Identity Database plans to contain all UK citizens’ data, I think scrapping the ID cards themselves could be a move that is so half-hearted as to be detrimental to his chances of becoming Prime Minister.

PS: Mike is away on holiday for a little while. If you have queries, complaints, or guest articles you’d like to be considered, please email either myself (morus1516 [AT] hotmail [DOT] com) or Double Carpet (electiongame [AT] yahoo [DOT] co [DOT] uk )