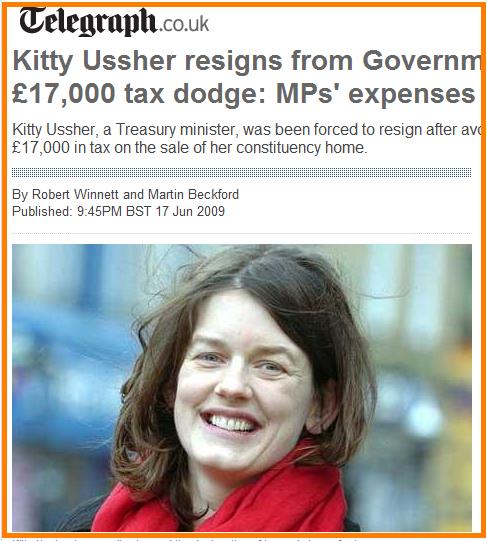 Another minister bites the dust

Kitty Ussher, the Burnley MP who only got her latest ministerial job last week, has quit her Treasury post following more revelations. She’s also announced that she won’t be standing again at the general election.

She might be the first of many in the next few days. Tomorrow at 6am sees the official publication of all redacted receipts for all MPs. This story is going to go on.

UPDATE: Paul Waugh in the Standard is speculating that Alistair Campbell – the most famous fan of Burnley FC – could be the party’s candidate there at the general election. If so he’s got a tough fight on his hands. The Lib Dems came out top in the town in both the local and Euro elections and Burnley is their 21st Labour target.