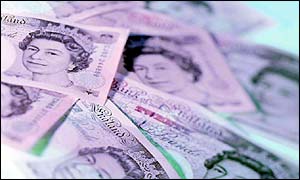 Follow the money to get early clues on which party has won?

As the day wears on the officials will start to get an idea of, first, what the turn-out is likely to be and then whether they are getting their votes out compared with the other parties. This information will spill out and punters will bet on it and prices will move. If there is real solid information then the market will jump with a certainty that is easy to spot.

From 7am. Polls open and as electors go through each station their numbers are taken by tellers and these are biked or phoned back to the HQs where they are keyed into a computer. These form the basis of regular reports so the campaign managers can see where there are weak and strong wards and how their supporters are turning out compared with everybody else. At 7am, too, all unmatched bets on Betfair are cancelled and the screen will look odd until punters come in.

From 9am. The “knock-up” begins. Lists for the hundreds of party activists start to be generated so they knock on doors to get the non-voters to the polling stations.

By 6pm. the party managers start to form pretty clear ideas about how its going and at that stage in previous by-elections clear patterns emerged. If, say, the Lib Dems do stand a chance then there will be clear moved on the market.

10 pm Polls Close. The ballot boxes are taken under police escort to the count. Betting should continue. Party workers do a rough check as they observe the ballot boxes being opened and the counting clerks unfold the papers and put them into batches. All this information will be fed back back and even firmer views of the result become apparent which will be seen in the betting.

By Midnight. Those in the hall will have a firm idea of the result simply by counting the bundles of votes for each party. This will feed out and there’ll be a rush to bet. Prices might be down to 1/10 or 1/20.

Hartlepool has been totally dominated by that 33% Labour N0P poll lead and not many have been bold enough to bet against such numbers.