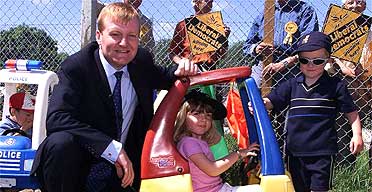 Have the pollsters and the punters got this one right?

The betting markets, as we predicted, have closed down their books on the Hartlepool by-election and the only online market still operating, the Betfair betting exchange, has Labour at 1/5 favourites.

But is there still a chance for Charles Kennedy’s party. Can the Lib Dems still pull it off in spite of that devastating NOP poll last Tuesday that had Labour 33% ahead?

Polling methodology. From what we can gather the poll was conducted on a face-to-face basis using a quota sample. In the past these have tended to over-state Labour. Could that have happened here?

Labour aren’t good at converting poll ratings to votes. Their election machines are not as good as the Tories and certainly nowhere near as good as the Lib Dems when it comes converting support into votes. The June 10 Euro Election was the latest in a series when the party under-performed – on that day only 9 Labour supporters actually voted for every 10 who told YouGov and Populus that they would. By the same measure the Lib Dems and Tories were, respectively, equal and ahead.

Labour’s rhetoric seems designed to please activists – not win votes. They’ve had three themes – the LD’s candidate is soft on crime because as a barrister she has defended drug addicts; voting LD will lead to a Con-Lib Dem coalition that will destroy the NHS and the LD candidate patronised the town with some unwise comments in her campaign blog. They need positive reasons why supporters should turn out.

Will UKIP hurt Labour more than the Lib Dems?In the June 10 Euro Election UKIP had one of their best performances in Hartlepool coming second to Labour. A good vote a week on Thursday will certainly hurt the Tories – but they are not the challenger. Will Labour lose more to UKIP than the LDs? At the margin this could be decisive.

Will the Brown-Blair spat dominate Labour’s conference? If it does then the planned advantage of having the election in the same week might turn out to be a negative.

As we said at the start of this campaign this is a tough challenge for the LDs. Charles Kennedy can’t look to large Muslim communities like in the July contests and Brent East and his party has not got the comfort of being in top place in the last local elections there. In July the party also had problems persauding a resilient Tory vote to switch to get Labour out. That might continue here.

Taking all these factors into account we still think that Labour will hold on – but by nowhere near the 33% that NOP predicted.

But the by-election will be the main topic as LD delegates gather in Bournemouth for their conference and if a sense emerges there that they do stand a chance then the odds will change. At the moment it hasn’t.

Watch those betting markets.If the Betfair prices starts to shift towards the Lib Dems then get on as soon as you can. If it doesn’t then stick with Labour.

UPDATE: Labour must have been reading this site and have now got a web-site for Hartlepool. It’s very slow to load and has only a limited amount of information but it’s a step in the (w)right direction.