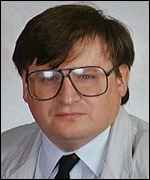 Yesterday’s lead story in the Independent on Sunday on Ian McCartney’s warnings on the dangers of complacency and Labour MPs saying that the party faces “catastrophe at the General Election” has made no impression on political gamblers.

The Commons seat markets on Bet365 remain unchanged. It’s still evens that Labour will get 335 seats or less – a total that would give it a majority of 22. The spread markets, are also static at

As for the Tories Bet365 have the party at 9/4 to get 245 seats or more – a figure that would still leave them 79 seats of an overall majority. For those wanting to bet on Michael Howard’s party we think that this is a much better option than taking the best price of 11/4 that’s available on them winning most seats.

The story by Andy McSmith stated that “Labour MPs from around the country, including some who were returned with large majorities in 2001, have privately warned that they are now under pressure because their own voters are threatening either to stay away on polling day or vote for fringe candidates.”

McSmith also revealed that The IoS has also obtained a private email sent by Labour MP Nick Palmer, who has bluntly admitted that he is likely to be kicked out by the voters at the next election, and replaced by a Tory, although his Broxtowe constituency, adjoining Nottingham, is 69th in the list of Labour seats that the Tories have the best hope of capturing. If a seat such as Broxtowe, which Dr Palmer held in 2001 with a 5,873 majority, were lost, Mr Blair’s Commons majority would disappear overnight.
Dr Palmer’s email, marked “private for members and friends”, warned: “The results [based on local canvas returns] do show a solid and in some cases quite militant and aggressive Tory vote and a hesitant former Labour vote.”

All this reinforces our consistent line in recent weeks that it’s a very bold punter who backs Labour at the moment in view of the high degree of uncertainty. Just look at how the party has been performing when real voters put real ballot forms in real ballot boxes.