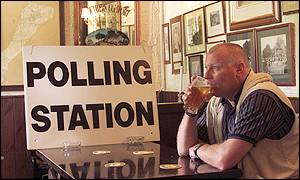 Labour can no longer be considered a certainty

We are changing our long-standing call that Labour will win most seats at the General Election because the odds are now tighter than the risk of them not doing it.

All bets are about judging risk against the return and recent events have moved far enough for us to recommend a more cautious approach to backing Labour.

The current best Labour price is 2/7. Any Labour bet less than 1/2 is now poor value. Note that these markets are on which party wins most seats not who gets a majority. There are several danger factors:-

Labour’s 193rd most vulnerable seat now regarded as a “marginal”. The admission by Labour on Monday when Cabinet minister, Andrew Smith, resigned “to spend more time with his constituency” shows the scale of the concern. The Lib Dems threaten to make disproportionate progress in seats where they are second to Labour and Smith’s 26% majority in Oxford East could be overhauled. Oxford was one of just two or three local authority areas where in June the Lib Dems came top in the Euro Elections.

Labour’s inability to move from the low 30s in the polls. The September Populus poll in the Times had the party at 32% – seven points down on a year ago when the Hutton inquiry was dominating the news. Labour is set to lose a lot of seats on the national swing.

The unwind of Lib Dem tactical voting. The Populus poll that that we reported last Friday drives a coach and horses through the assumptions that politicians, pundits and party managers had about the coming election. For almost everything was based on Lib Dem suporters doing what they did in 1997 and 2001 and switching their vote to Labour to keep the Tories out. If they don’t do it then dozens more seats could be at risk with the Tories the beneficiary even if their vote share remains static,

Measuring the electoral impact of Lib Dems deciding to stay with their party rather than vote Labour will be at the heart of predicting the election. Since our article on Friday at least two of our regular users have started developing “tactical vote unwinders”. These could be vital tools and we hope to bring them to your attention when they have been refined. We are also working on our own “rough and ready version”.

Senior Labour figures have also woken up to the fact that the coming General Election is not the certainty it seemed before the holidays when party polling expert, Philip Gould is said to have advised Tony Blair that even with polling figures in the mid-30s the party would be assured of an overall majority of about 80 seats. This week the senior cabinet minster, Peter Hain, has gone on the offensive against the Lib Dems saying that a vote for them could let Michael Howard in. In Hartlepool, meanwhile, the latest line from the Labour by-election team is that a vote for the Lib Dems threatens the NHS because we could end up with a Tory-LD coalition.

In the meantime punters are getting nervous. You can now only get evens on Tony Blair’s party getting 335 seats or less in Bet365’s Commons seat market – a price that’s half what it was six weeks ago when you could get 2/1. The total of 335 seats is just eleven more than what’s required for an overall majority. Yesterday the spread market SELL price on Labour moved one point down to 342 seats.