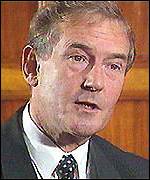 Polititcal gamblers should ignore what appears to be a concerted campaign, that includes Downing Street, to rubbish YouGov, the internet company that this week proved itself to be the UK’s most accurate polling company.

Only two of the four organisations that regularly look at voting intention in the UK carried out surveys ahead of the European elections, the results of which came out on Sunday and Monday. One was Populus that uses conventional methodology – the other YouGov that carries out all its work on the Internet. Given the difficulties of polling a low turnout election both did a reasonable job but there is no doubt that YouGov was the clear winner.

Almost since it started YouGov has been accused of over-stating the Tories. In the real test against real votes last week YouGov’s Tory prediction actually put them 0.7% below what they got. For Labour YouGov over-shot by 1.4%. These are pretty good results in which those who bet on elections can feel some confidence.

Populus, meanwhile understated the Tories by 2.7% and over-shot with Labour by 2.9% – not a bad performance but not as good as the internet pollster.

The biggest deviation for both pollsters was with UKIP. YouGov had 21% against an actual 16.1% – Populus had them at 13%. It is this that those who are gunning for YouGov are focussing on.

The leading Labour MP, Barry Sheerman (above), is quoted as saying – “The online poll organisations are a worry because they do not seem to show how they balance their polling methods – only 50% of people are online, how do they account for the other 50%? What is the mechanism, is it trustworthy?”

Perhaps he ought to be asking why the telephone pollsters have to make six phone calls for each person they find to interview. Does not this restrict conventional surveys to just those with landlines who happen to be in when the polling firm calls? Does not that distort the sample?

Also joining the bandwagon is Lib Dem Campaign guru and CEO, Lord Chris Rennard, who said”We believe that internet polling has consistently overstated the Conservatives and understated the Liberal Democrats. We believe that may have had a decisive influence on the London mayoral contest.” That’s fine except – YouGov predicted that Simon Hughes would get 18% – he actually got 15%.

The Lib Dem strategy in London was to get Hughes seen as the only alternative to Ken in the hope of attracting Tory switchers. Hughes would then make it on 2nd prefs. This is standard Lib Dem campaigning – get the party seen as the challenger. At one stage they were quoting out of date betting odds to reinforce this. The polls, mostly YouGov, put paid to that strategy.

Behind all of this is the devastating fact, proven by the Euro elections, that far from inflating the Tory shares and under-estimating Labour – the opposite has been the case. YouGov’s pretty accurate prediction of the Tory and Labour shares in the Euro vote is dynamite. No other polling organisation can point to passing such an harsh test and, almost without exception, the other pollsters have been putting Labour in a better position than YouGov.

The General Election spread-betting markets which are totally sensitive to opinion poll changes are unmoved.