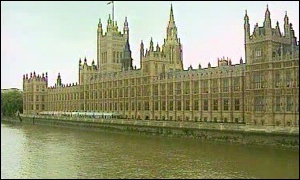 A big issue for political gamblers at the next UK General Election will be whether we can trust opinion polls that are carried out online, rather than by the traditional routes of telephone or face-to-face interviews. There’s a huge debate on the issue within the opinion poll community so it won’t just be the party officials who will be biting their finger nails on election night. In 2001 all the traditional pollsters wildly exaggerated the Labour lead and underestimated the Tories. The one opinion poll to get closest was the online firm, YouGov – the question is whether they will be able to repeat the performance next time.

For political gamblers opinion polls are a great asset, giving clear pointers to the way that people are going to vote, but they can also be a curse if they give misleading signals that lead to money being wasted. Polls affect market prices and profits can be made if can you can spot a “dud” and bet accordingly. They also affect voting because if an election looks like a foregone conclusion fewer people will vote in the belief that it does not matter. But if it looks tight then many more will come out.

In the UK the issue is that for years the conventional polls have found it difficult to assess the strength of the Tories because their supporters seem reluctant to admit their intentions to opinion poll interviewers. But they will, as the online pollsters argue, input their true plans into an anonymous computer.

The traditional firms argue that only about half of UK households are on line and the distribution is skewed towards the more prosperous social groupings. There’s also concern that, as the Times’s pollster, Populus, states, “internet polls work by getting people to register for a panel that is then invited to take part in surveys run from a website. This means that the sample for Internet polls is inherently likely to be more politically engaged, and knowledgeable, than the electorate as a whole and that it is, to a considerable degree self-selected, rather than random.”

The firm also argues that the number of people on Internet poll panels is relatively small, about 30,000, so the same group inevitably gets repeatedly polled – making them less and less typical of the population as a whole.

In an article after the Scottish Elections last year Peter Kellner, the political journalist who heads YouGov, argued that the firm has now conducted six polls whose figures could be tested against real events and in each in case it was right.

For political gamblers this issue could not be more important. All the traditional opinion pollsters are currently showing Labour leads of between 2% and 8%. Last month YouGov poll (there’s a new one out this week) had a Tory lead of 5%.